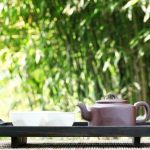 from Albert Einstein to the Dalai Lama, meditation has traditionally been welcomed and embraced as a powerful healing tool by spiritual leaders and great thinkers alike, but academic and scientific circles have been gradually expanding their interest in this topic. Isn’t it amazing that we now have an abundance of health benefits for meditation, and all can be supported by scientific research?

A study by the Psychosomatic Medicine journal reports that meditation affects areas of the brain focused on emotion and also strengthens the ability to ward off illnesses. A variety of diseases can be relieved with meditation and cutting-edge technology has provided scientific proof, encouraging even the most skeptical non-practitioners. Psychology Today magazine also reported further evidence, suggesting that the brain waves of  individuals in meditation show why they’re healthier. Neuro scientists have found that meditation shifts their brain activity to different areas of the cortex—brain waves in the stress-prone right frontal cortex move to the calmer left frontal cortex. This mental shift decreases the negative effects of stress, mild depression and anxiety. There is also less activity in the amygdala, where the brain processes fear. In other words, they were calmer and happier than before. (By Colin Allen, published on April 01, 2003 – last reviewed on June 06, 2012)

Certainly, anything that helps us reduce stress is a welcome tool. But what else might meditation be doing for us? Since researchers like Herbert Benson, M.D. began amassing data, many studies have shown that indeed meditation has not only a mental but a profound physiological effect on the body. Studies have shown that, among other benefits, meditation can help reverse heart disease, the number-one killer in the U.S. It can reduce pain and enhance the body’s immune system, enabling it to better fight disease.

Harvard Medical School experts say the key to the relaxation response is repetition. The repetition can be a word, sound, mantra, prayer, breathing or movement. To explore exactly what part of the brain meditation acts on, Harvard researchers used MRI technology on participants to monitor brain activity while they meditated. They also found that it activates the sections of the brain in charge of the autonomic nervous system, which governs the functions in our bodies that we can’t control, such as digestion and blood pressure. These are also the functions that are often compromised by stress. It makes sense, then, that modulating these functions would help to ward off stress-related conditions such as heart disease,digestive problems and infertility.

In his book, “What is Meditation?” (Shambhala Publications, 1999), Rob Nairn talks about it as a state of “bare attention.” He explains, “It is a highly alert and skillful state of mind because it requires one to remain psychologically present and ‘with’ whatever happens in and around one without adding to or subtracting from it in any way.”

There are many traditions and countless ways to practice meditation, and perhaps because of this variety, new meditators wonder whether they are doing it correctly. According to Roger Thomson, Ph.D., a psychologist in private practice in Chicago and a Zen meditator, there is one way to know for sure: “If you’re feeling better at the end, you are probably doing it right.”

Thomson makes it sound easy, but many people can’t seem to get the hang of it, no matter how often they try. “It can be difficult,” says Steven Hendlin, Ph.D., a clinical psychologist in Irvine, California. “It may be a struggle to overcome the internal chatter that we all experience.”